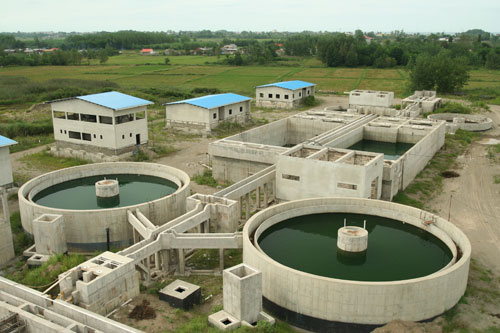 Anzali wetland (The combination of land and sea ecosystems led to appearing habitats be called wetlands) is one of the largest wetlands of the state and is categorized as coastal wetland types. It is linked to Caspian Sea by a shipping connection in the range of two breakwaters.

Human waste has caused increasing the rate of floating solids in the water and consequently increasing of Phosphate and nitrate which has led to growth of hydrophytes and changing in the ecosystem of the wetland. During spring and summer, the surface of the wetland is mostly covered by a special species of seaweed named Azolla.

The overgrowth of these plants has caused many problems such as lack of sunshine and reduction of oxygen amount in the shallow parts of the wetland and it has been indicated as the original cause of the ecosystem changes and elimination of aquatic creatures.

According to Ramsar convention agreement signed in 1971, all participants are to promise in protecting and using wisely of wetland region through rigorous national studies and international agreements to achieve sustainable development.

The basin of the wetland occupies the 374 thousand hectare and was recorded in Ramsar International Convention in 1975.  Ramsar Convention decided to put Anzali wetland in the Montro list in 1993. this decision makes a proof of the need of an urgent rehabilitation for Anzali wetland. After receiving the dedicated loan from The World Bank, Gilan Water Treatment Company financed for the East Anzali Project. Sequentially, Kayson & Sadrab Sanat companies were officially announced as partners in this project and started the operation.

Due to the importance of aquatic life in Anzali Lagoon, this loan was paid by the World Bank, which is in line with the 14th goal (SDG 14) of the 17 Sustainable Development Goals of 2030 of the United Nations.

Sadrab Company, in pursuit of its belief in adherence to the UN Sustainable Development Goals, has undertaken this project to conserve aquatic life in the Anzali Lagoon ecosystem, one of Iran’s largest marshes, and its registration in the World Wetlands List in Ramsar 45 Years pass.

In addition to meet the 14th goal of sustainable development, the company intended to perform its social responsibility (CRS) function effectively in the community.