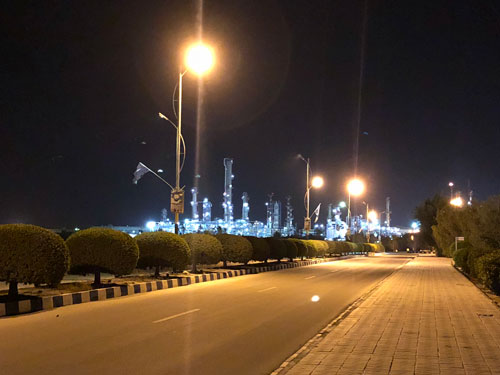 In 2009, the government decided to build and develop five refinery units in Tehran, Isfahan, Tabriz, Bandar Abbas and Lavan considering Iran’s specific condition caused by rising consumption of fuels exceeding 55 million liters per day as well as increased air pollution due to the consumption of low-quality gasoline that was produced in old refineries, the Iranian Oil Company over it to rebuild and upgrade its five major refineries in order to produce Euro V gasoline.

Through completion of these projects, daily capacity of producing gasoline would be over the 70million liter per day and by considering the approximate amount of 65 million liter per day consumption of gasoline inside the country, for the first time Iran has the opportunity of achieving the level of self-sufficiency in producing gasoline and the surplus capacity for exportation.

Sadrab Sanat is proud to take part in implementation of the oily and sanitary wastewater treatment plant of Lavan oil refinery from the best suppliers and execute this project with the acceptable quality in the years of national production.